“FOR A BETTER BODY, ARDENTIFIED”

“Why people take supplements? To have an edge, it’s as simple as that. Diet can take you just so-far, and nutritional supplements (in addition to) is something that can complete and enhance your nutrition” – Milos Sarcev, Former IFBB bodybuilding Pro champion and International Coach/Spokesperson

Certainly, within the last few years, there has been nothing specifically as well-crafted on the topic of sports supplements and seeing that this documentary project was helmed by none other than Alex Ardenti, this made this movie mandatory viewing.

Within bodybuilding and fitness media, Alex Ardenti’s name is a veritable verb with both of his photographic and videography amongst the highest regarded, as much as he is sought after. There is an unmistakable quality to his work, everything from the lighting and framing to the most intricate of make-up – it is sexy and alluring, yet powerful and potent. A brilliance permeates this documentary, whether it be in the literal who’s-who of the sport that Alex had consolidated to a very upbeat and engaging pacing that never lets up. It is for all intents and purposes a documentary about a realm of consumerism that can be considered niche and thus misunderstood by the masses. And yet with an 8% growth in the market, it is an industry that cannot be ignored.

Originally from Rome, Italy Ardenti’s own pursuit of the iron game began as a teenager back in 1976 citing the successful and legendary collaboration between Joe Weider and Arnold Schwarzenegger. Though academically gifted to pursue a profession in architecture, the creative and ambitious Ardenti commenced a sporting career in bodybuilding and won Mr Italy at the age of 17 and Mr Europe at the age of 19. Almost emulating the great Arnold, this talented Italian made the move to California after he had successfully completed his mandatory Italian Military service in the Police Force. What made Ardenti more unique than most (and why this journalist has always been a fan) was his pragmatic approach and synthesis of the industry, citing the importance of economic sustainability which led him to spearhead a career within the media. His incredible talent in photography, cinematography and videography enabled Ardenti to work for over 30 publications, the world over.

Operating in the sport since 1990, Alex has amassed an incredible portfolio which always boasts the biggest and best names in the industry but also delivering something so unique, so idiosyncratic. Alex’s access to and presentation of some marketing from the bygone eras is truly delightful to see, with the old ads affording the audience that nostalgia and demonstrating the evolution and psychology of marketing.

This documentary opens with Ardenti’s own origin story detailing his enthusiasm for the industry and that single image of two now legendary icons in Joe Weider and Arnold Schwarzenegger. As the young Ardenti (played by a slender young boy) does his push ups, creates his own protein concoctions as a funky song from the mid-70s plays the audience is treated to a workout montage. What follows is a highly engaging historical overview of this now 40 billion dollar a year industry, referencing the ancient tonics consumed by Roman Gladiators all the way up to the present day – with an industry saturated by various brands, inevitably meaning the consumer is now spoilt for choice. A fascinating retrospective is presented highlighting the efforts of Eugene Sandow (touted as the Father of Modern Bodybuilding) with his cocoa powder to the beef concentrate Bovril and creations by Rheo Blair. Early on, Ardenti effectively identifies the link between bodybuilding and supplementation, with this clear nexus also fostering the earliest forms of marketing.

Supplements sold through magazines, promoted through the ever-growing popularity of contests as denoted by the famed Scott Welch of MUSCLE INSIDER, with the integrating nexus between products and athletes becoming ever more strengthened and greatly appreciated by a market that was quickly proliferating. Intriguingly, the commercially savvy Weider would sign the top 10 athletes into various multimedia deals, an ingenious means of further promoting his brand - something that still continues to this day mimicked across all federations. As Ardenti, notes there were distinct styles between each creator and associated ambassador that all sought to clinch a piece of this but also ensuring a specific means of leveraging the market. Innovating beyond his contemporaries in Bob Hoffman and Dan Lurie, Joe Weider's effective progressive methodology, fostered supplementation as a legitimate market player with a ravenous consumer base.

Intelligently, Ardenti has asserted that as each era or decade passed, the natural mapping and analysis through a mixture of science and advertising, would discover and highlight each new hot ticket item that would become a 'game changer' and add another layer to the supplement industry. With key examples such as the advent of ephedrine as a thermogenic and focus enhancer to the strength finds of phosphagen and creatine monohydrate. The latter of which was truly revolutionary, with the likes of icons such as Milos Sarcev recalling the conceptualisation of his idea back in the early 90s. Just as Bill Phillips released his revolutionary MET-RX brand, he’d also form a powerful clique by collaborating with Lee Labrada, Jeff Everson and Scott Connelly. In movie terms, this would almost be akin to the ensemble quality of The Russo Brothers consolidating their efforts into the MCU's ‘AVENGERS: END GAME’ (2019). Indeed pioneers like Bill Phillips would focus on direct marketing strategies to consumers, whilst David Jenkins’ DESIGNER PROTEIN spruiked its boutique wares. A man named Daniel Duchaine would devise the world’s first stim based pre-workout in Ultimate Orange and even the bizarre all-in-one was conceptualised and released called Hot Stuff. In the years following an influential Irish conglomerate GLANBIA would adopt a very corporate model with a clearer broad market appeal, and by contrast brands such as ANIMALwould boast a more rebellious image and cater to the more hardcore.

Although Ardenti presents a serious yet upbeat tone throughout, there are touches of true comedic commentary. Specifically where learned representatives such as Jerry Brainum and Ric Draisin recall Bob Hoffman’s unpalatable ‘Protein of the Sea’, whilst Aussie pioneer Kris Gethin took a look back at CYBERGENICS promotional kit (that even included a video) expanding upon their own science through an added later of media. Somewhat hilariously, comedian Joe Piscopo was one of the spokespersons for this brand.

With all this sleek marketing and advertising the more savvy consumer, would ultimately adopt a cynical view and steer away from the over-hyped ads that present a message that was 'too good to be true.' It is evident as denoted by the ever articulate TJ Hoban that each iteration of a new era presents a new market idea, but many of these are revisions or modifications on what was previously presented. Intricate thought was applied to the way products were branded as well as packaged, to offer that key point of difference that would create that immediacy in awareness as well as interest, thus leading to that user adoption and buy in.

Yet, the tipping point for the industry, is when the market was expanded beyond the confines of the more hardcore and those that wanted to compete to the everyday consumer whose interest is either piqued by self-development or being persuaded by slick advertising; still a stark dichotomy that Ardenti presents. It would appear that many of these businesses would succeed where their own tangibility identified an immediate impact on the human psyche; whilst some would argue against the commoditization of humans, this is but a natural byproduct of consumerism and a reality that Ardenti presents well within the narrative.

The standardised talking heads interviews are effectively interspersed with a historical and storied representation about the advent of an industry from its humble beginnings to its multi-billion dollar value. Ardenti has consolidated a true crème-de-la-crème of industry luminaries including (but not limited to) the likes of journalist Jerry Brainum, IRONMAN Publisher John Balik, the late great Ric Draison, iconic Milos Sarcev to contemporary celebrities such as the gorgeous IFBB Bikini Pro Ashley Kaltwasser and the unmistakable Rich Piana, whose legacy is still as powerful as ever even after his untimely passing five years ago.

Indeed, the documentary does shy away from the controversy that often will besiege the industry but at the sametime it doesn’t engage in that existential fear-mongering to solicit audience attention. Instead, Ardenti constructs a comprehensive narrative that can be formulaic in parts but is highly effective in presenting a very clear and understandable message. One of the wisest decisions he made within his film, is largely avoiding any sensationalisation and forgoing any sense of pathos as this is primarily educational, engaging and entertaining.

One piece of this documentary that pulled at my heart strings was the chapter dedicated to the former importance of bodybuilding magazines as an intrinsic part of the industry, for myself as a journalist that had been published in the likes of Australian IRONMAN and FLEX and bodybuilding media for well over 10 years – these forms of analogue media were indeed a primary component of the industry, well before the internet and ahead of the social media boom.

Instead of building up to a climactic crescendo, Ardenti examines several elements of the industry interspersing interview snippets that makes for a very intriguing and powerful documentary. Uniquely speaking, though some time is dedicated to affording various authorities to discuss ingredients and usage Ardenti takes an even more daring step offering his own personal thoughts about his own experiences with various supplements.

Though the film does dedicate a section on the often-problematic regulatory role of the Food and Drug Administration (FDA), the more useful inclusion (at least in this journo’s opinion) is an analytical breakdown of the most popular sports supplements from whey protein to pre-workout formulas. As well as book-ending the film, this section provides an essential summary that provides a structured and descriptive synthesis of the most prevalent products, and how these are best harnessed. Thankfully, the concluding section of the film provides some cautionary words of advice from various aforementioned luminaries, even including the likes of well-known martial artist, actor, and physique bodybuilding champion Ian Lauer. Yet the final words are laced with more poignancy with Ardenti himself asserting the unequivocal value of due diligence and education as key.

The very clear choice to avoid a large section on the legislative and regulatory mechanisms, certainly retains the film’s pacing and ensures audience enthusiasm. Given Alex Ardenti’s extensive and decorated career in the sports supplement advertising industry, he has an eye for entertainment yet also ensures an educational insights. By successfully combining both elements, he weaves a very well researched and sophisticated narrative that often prompts moments of thought-provoking introspection.

Consequently, within the layers of the film (and perhaps unintended) is that it raises the weighty issues of regulation vs access; where the liberties of the individual are somewhat besieged by the regulatory mechanisms, often viewed as too heavy handed in balancing consumer needs and safety. This is by no means a clear and emphatic assertion by the film, however for those of us that adopt supplementation into our daily lives it is a topic that this film helps us further ponder. Ardenti is masterful in how he presents his work, with a true sense of class and that superior quality that is always unmatched and thus never replicated.

Given the standard set by Alex Ardenti and his esteemed reputation, audiences of any persuasion will still find something to appreciate in his film; it’s a fascinating documentary that possesses enough the educational insight as well as entertainment gusto, which is as compelling as any Ardenti production, and the man himself.

Both professionally and personally, this has become one of my favourite documentaries of the last decade and thus one that comes highly recommended.

‘SUPPS: THE MOVIE’ can be purchased and viewed on Amazon at: 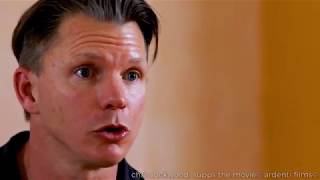 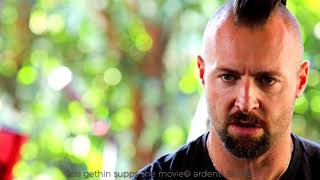 Kris Gethin joins the ranks of CEO interviews for SUPPS: The Movie 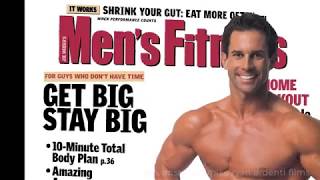 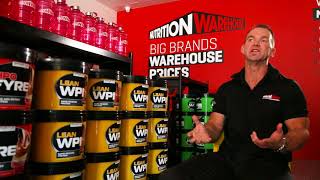 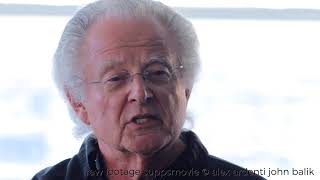 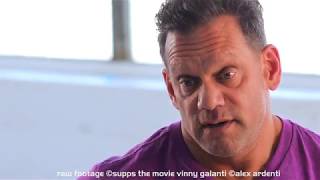 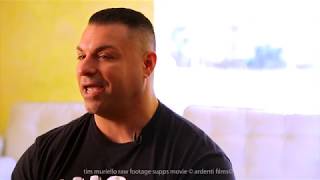 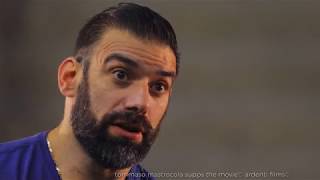 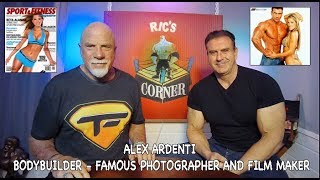 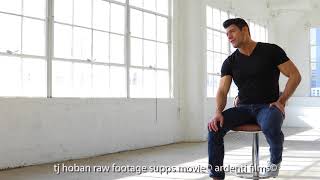 TJ Hoban in SUPPS: The Movie 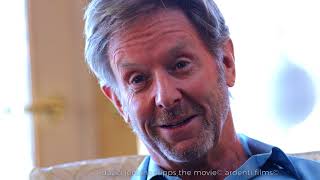